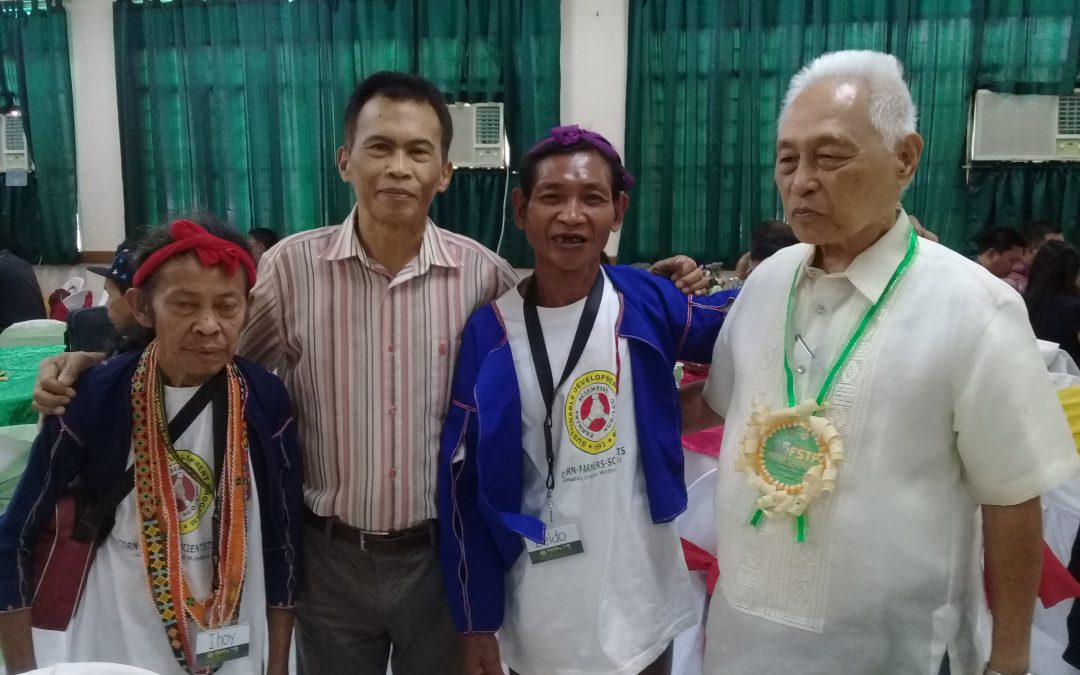 The Farmer Scientist Training Program (FSTP) a national program (EO 710) based at the College of Agriculture and Food Science (CAFS) celebrated its 25th Anniversary on February 27, 2019. As part of the day long activities the leadership of FSTP recognized the contributions of the different partner agencies and individuals that provided support to the implementation of the program. These stakeholders consisted of farmer’s organizations, MLGUs, PLGUs, RFOs, DA agencies like ATI and the different units within UP Los Banos including BIOMECH.

Two engineers from BIOMECH namely, Engr. Jose D. de Ramos and Engr. Alexis C. del Rosario were given Certificates of Appreciation and Recognition for their contributions to the program particularly on the introduction of mechanization technologies that have benfitted the farmer scientists in improving their farming operations. Some of the mechanized technologies that were introduced in the FSTP areas were the plow attached corn planter that was specifically designed for FSTP areas; the mechanical corn mill which was a collaborative effort with a local manufacturer based in Siquijor; the AMDP Two-drum Corn Sheller and the UPLB Hand Tractor.

BIOMECH became a partner of FSTP in 2003 when the engineers together with the Program Director of AMDP then, Dr. Sergio C. Capareda, were invited to Cebu to assess the possibility of mechanizing some operations that were still predominantly done manually. From the initial activity in Cebu several other activities such as field demonstration, operator’s and manufacturers training program, mechanization need assessments, test and evaluation assistance and consultations regarding the use of mechanization technology were also conducted in Bohol, Negros Oriental, Siquijor, Leyte, Zamboanga del Norte, South Cotabato, Sarangani, Camarines Sur, Camarines Norte, Albay, Compostela Valley, Davao Oriental, Samar, and Quezon Province.

The BIOMECH and FSTP partnership continues as more farmer scientists are trained on scientific farming methods.