The Center for Agri-Fisheries and Biosystems Mechanization (BIOMECH) of the College of Engineering and Agro-Industrial Technology (CEAT) is implementing a project funded by the Philippine Council for Agriculture, Aquatic and Natural Resources Research and Development of the Department of Science and Technology (DOST-PCAARRD) entitled “Optimization and Pilot Testing of the Mechanization Resource Mapping, Monitoring, and Data Analysis System (M3DAS) for Mechanization Planning, Implementation, and Policy Data Generation for Government Department and LGUs. This is the 2nd phase of the project after its successful development in 2017. Partnering with the Sugar Regulatory Administration (SRA), this optimization and pilot testing of the system focuses mainly on sugarcane machineries.

An android app was developed to gather the mechanization resource data of sugarcane machineries. To prepare the enumerators for actual use of the app and to allow them to effectively collect and submit field data for the machines and implements that will be surveyed in their respective mill districts, the M3DAS team conducted a face-to-face training with the hired enumerators in Panay areas covering the provinces of Iloilo, Capiz and Antique. The Presentation and Training of the M3DAS Data Collection App was successfully conducted last September 22, 2021 at Islands Hotel (Sacred Heart of Jesus Avenue, Roxas City, Capiz). With the current restrictions, the team strictly followed the protocols for the protection and safety of the team members as well as the enumerators. The training was attended by a total of 11 participants (five of whom are from Capiz, five from Iloilo and 1 from Antique. 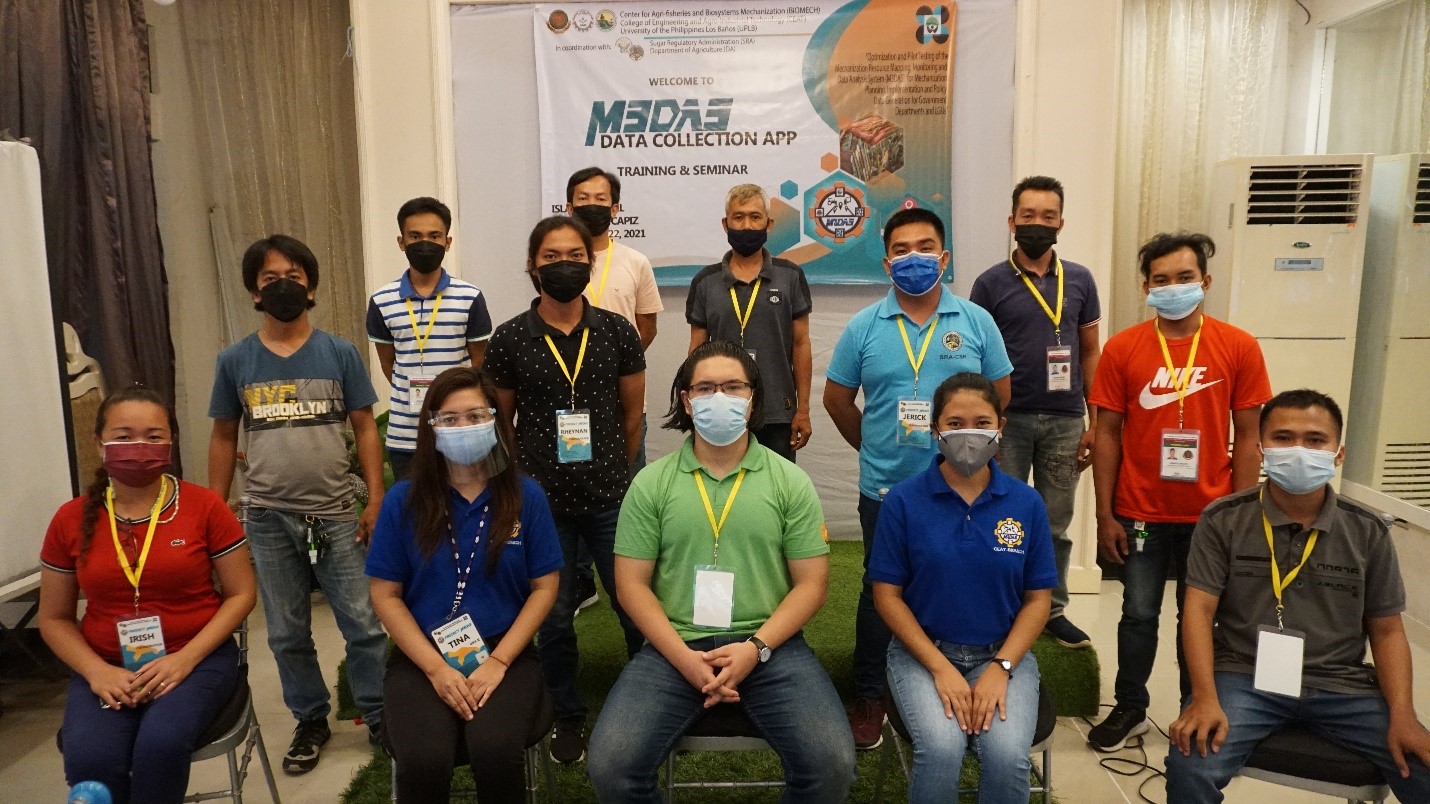 During the activity, the trainees were oriented with the objectives and the expected output of the project. They were then presented with the M3DAS app, which was explored and navigated through with the guidance of the M3DAS team. They were allowed to become familiarized with the features of the app so that they can be exposed to possible problems that they might encounter in the field while using the app and so that solutions to these problems can be immediately provided. They were also given pointers on how the survey should be preceded and the necessary surveying activities they should undertake.

To have a further understanding and knowledge on the local and current practices on sugarcane industry in Panay area, the M3DAS team also conducted focus group discussions (FGDs) and key informant interviews (KIIs) with Capiz Mill District officers, Iloilo Mill District officers, and various sugarcane farmers’ associations and cooperatives in Capiz, Iloilo and Antique. Primary data and information on different issues, concerns, practices, and mechanization status on each area were gathered during FGDs and KIIs that will aid the analysis of data surveyed within Panay. 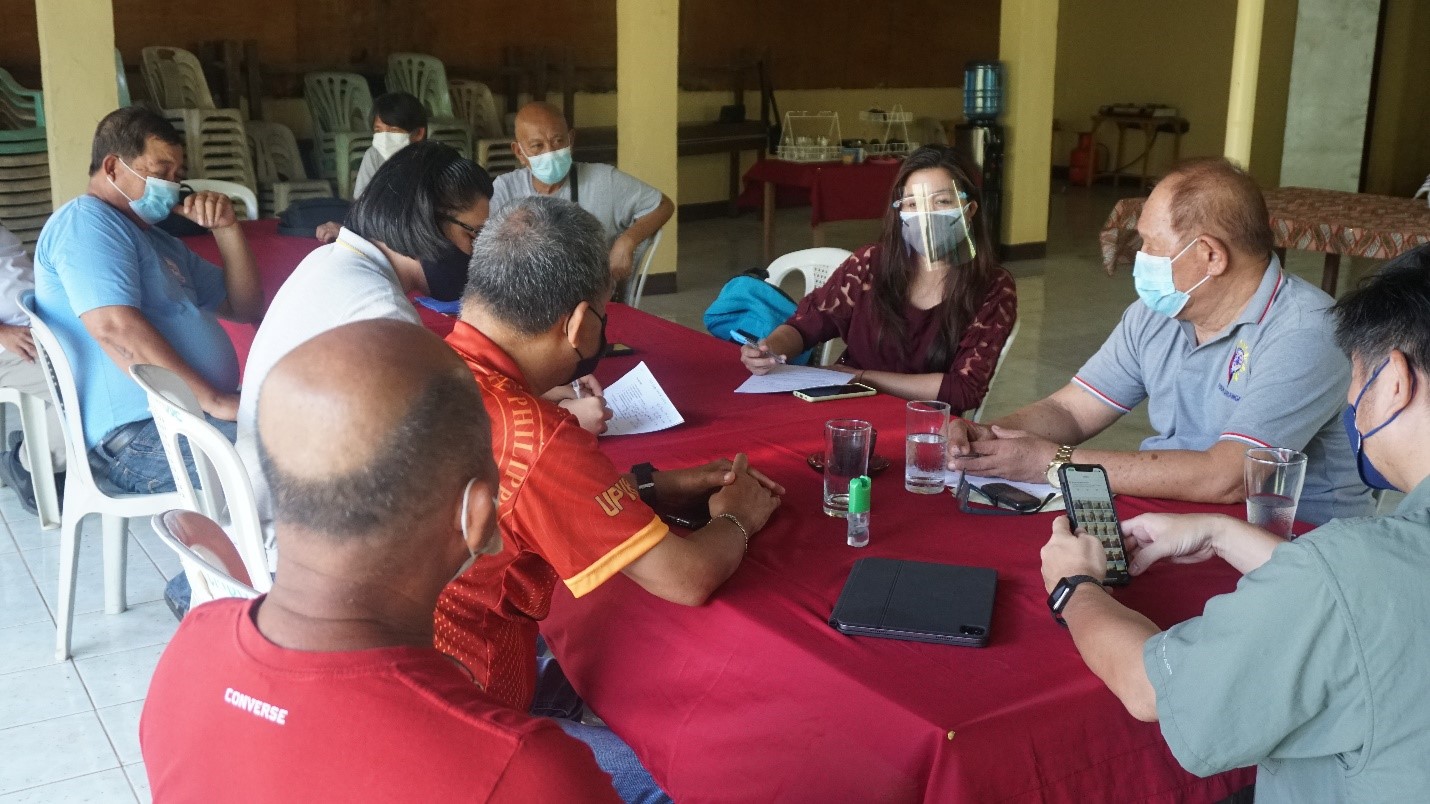 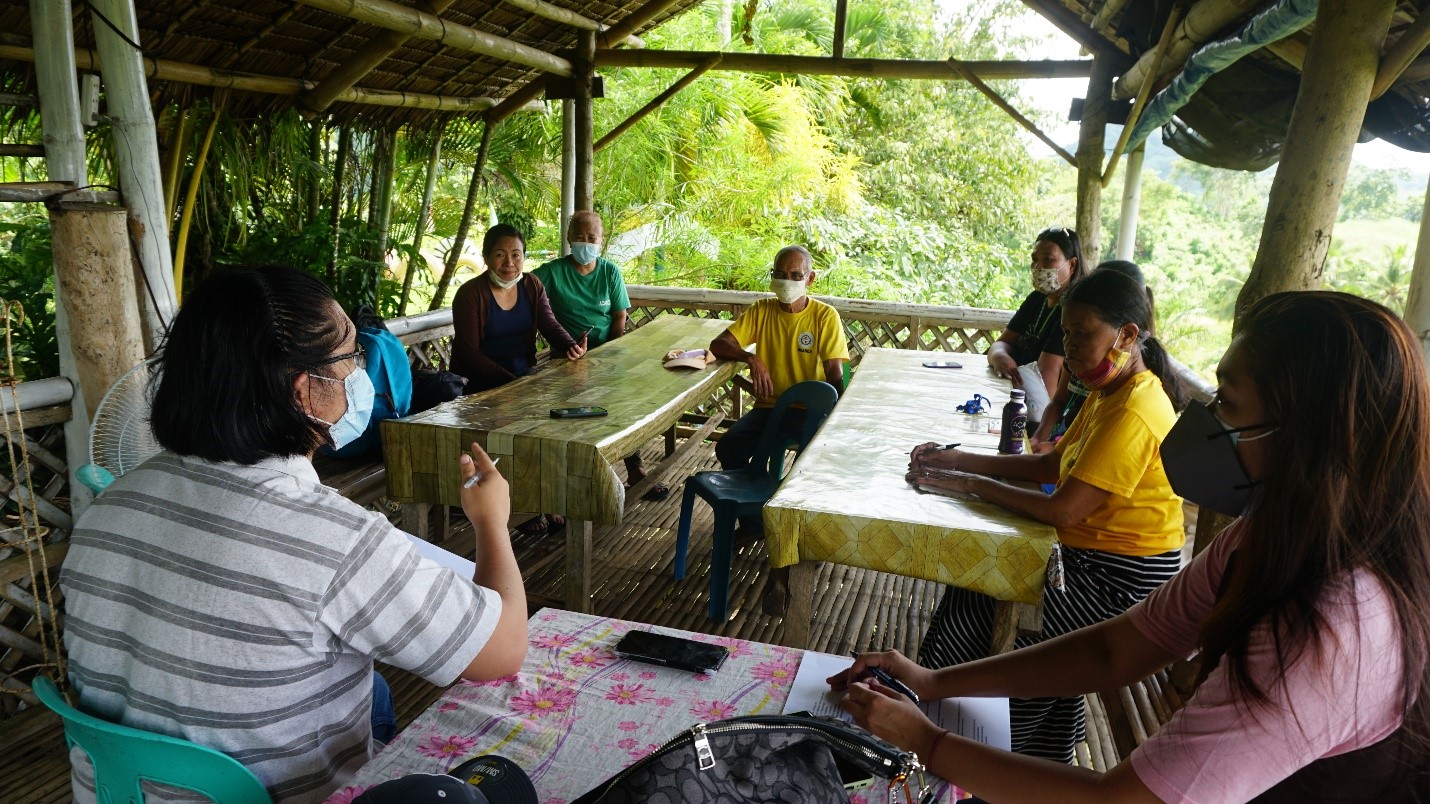 FGD with Farmer’s Association at Iloilo 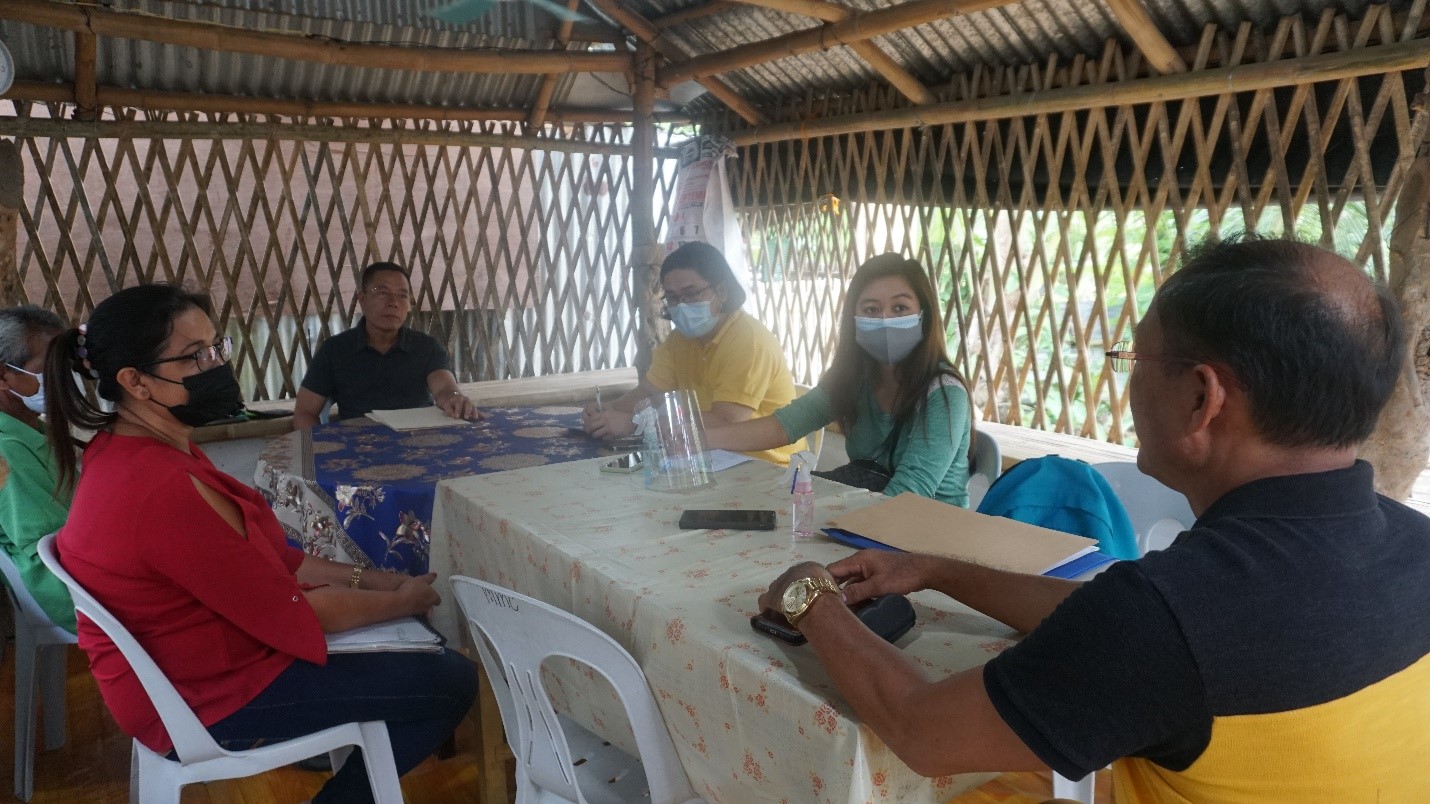 FGD with Farmer’s Association at Capiz 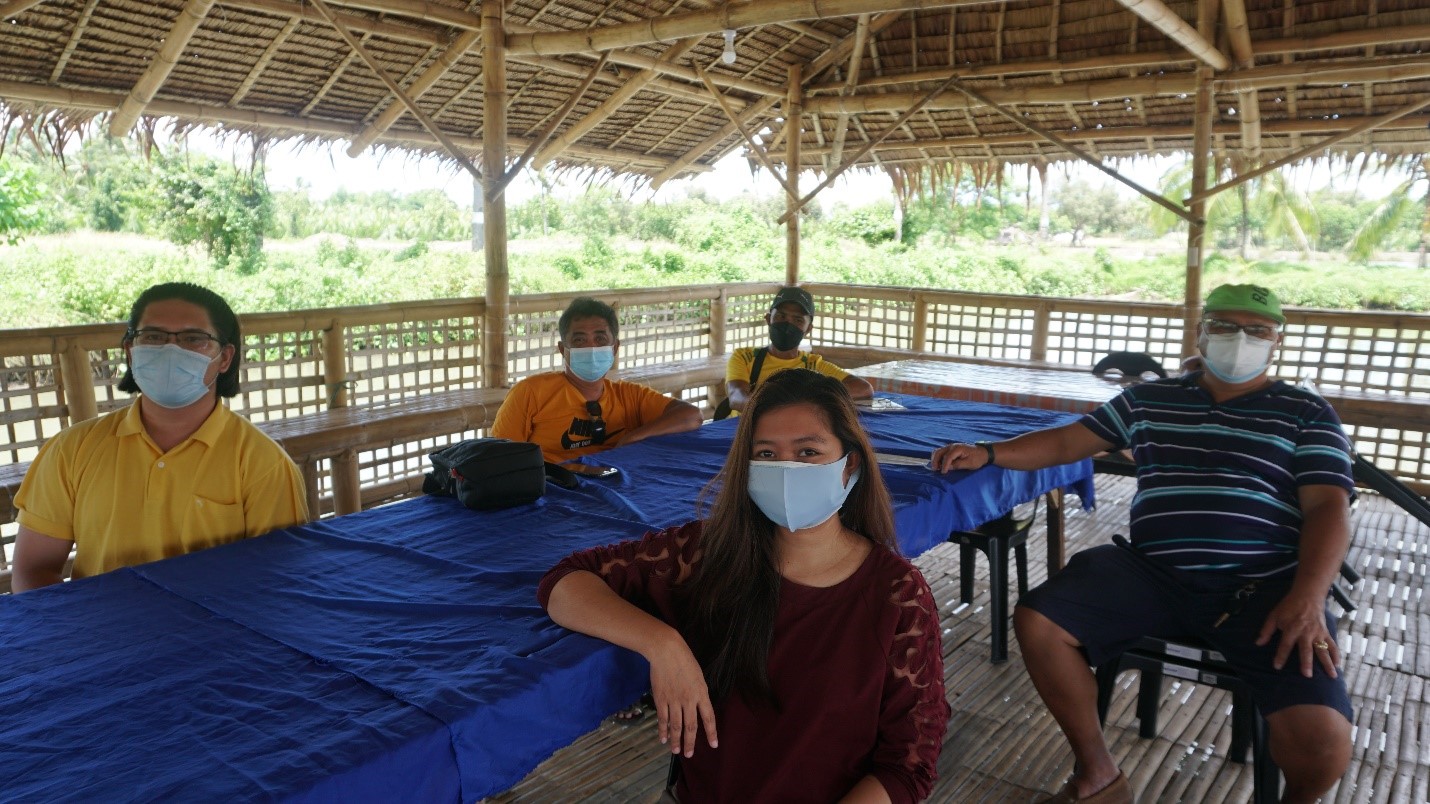 FGD with Farmer’s Cooperative at Antique 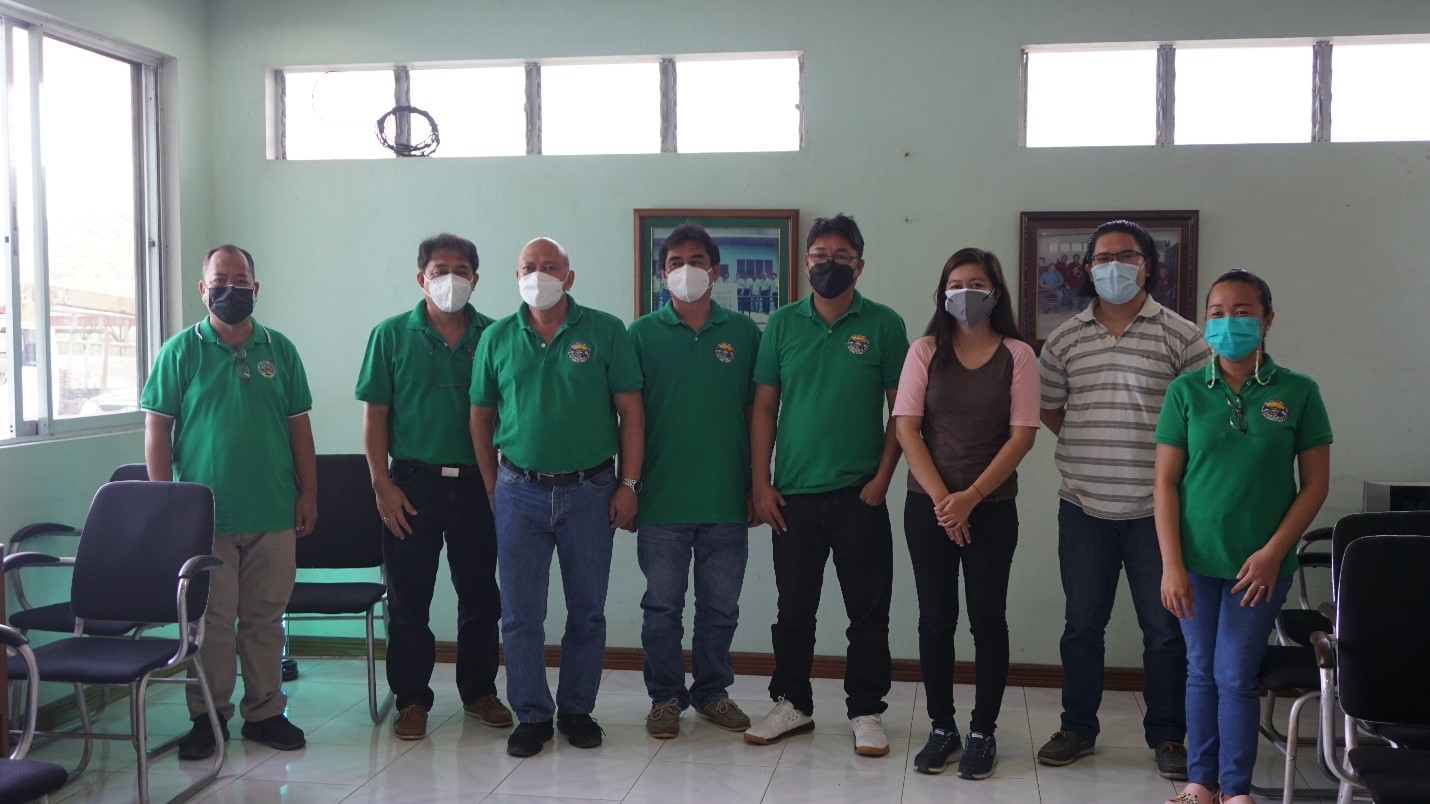 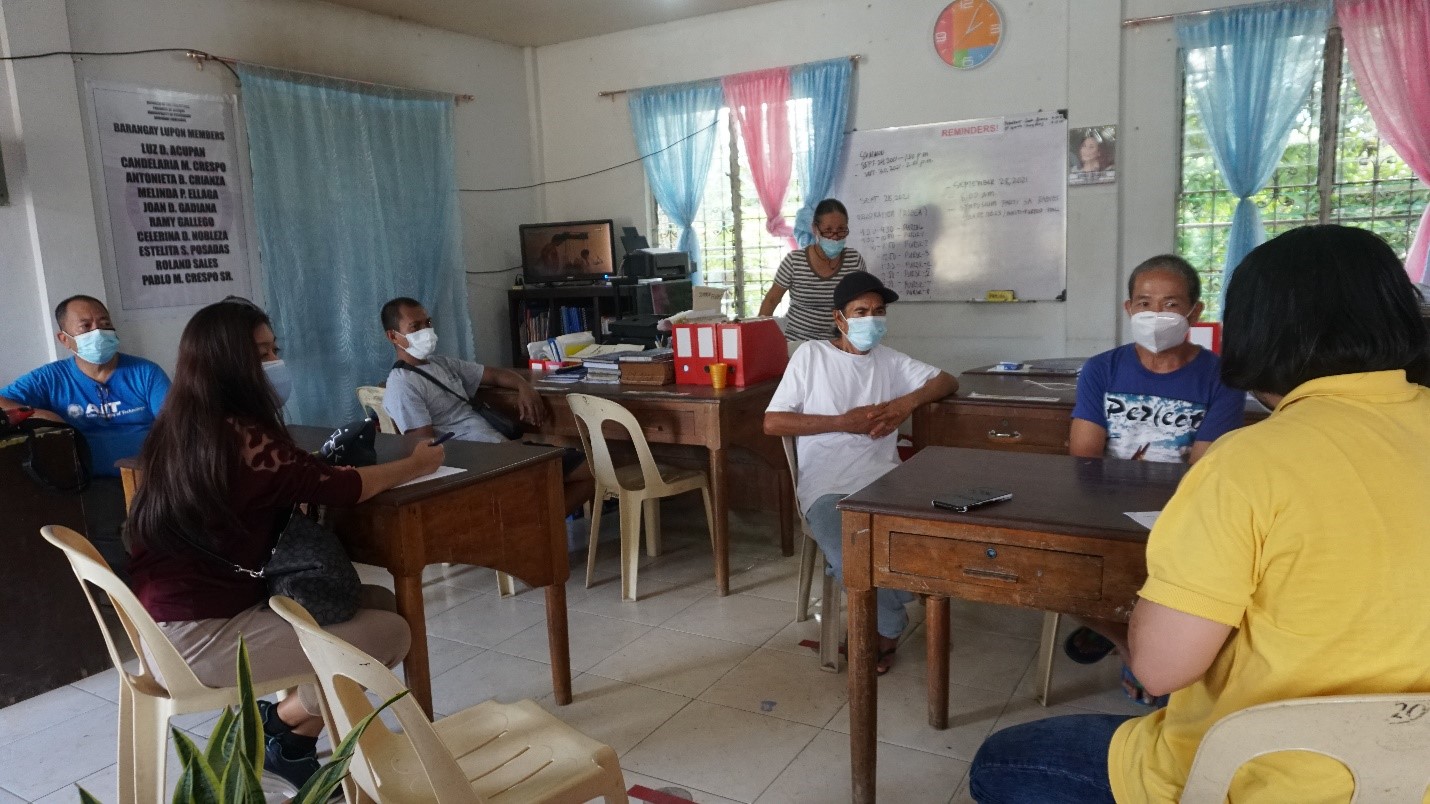 FGD with Farmer’s Association at Antique